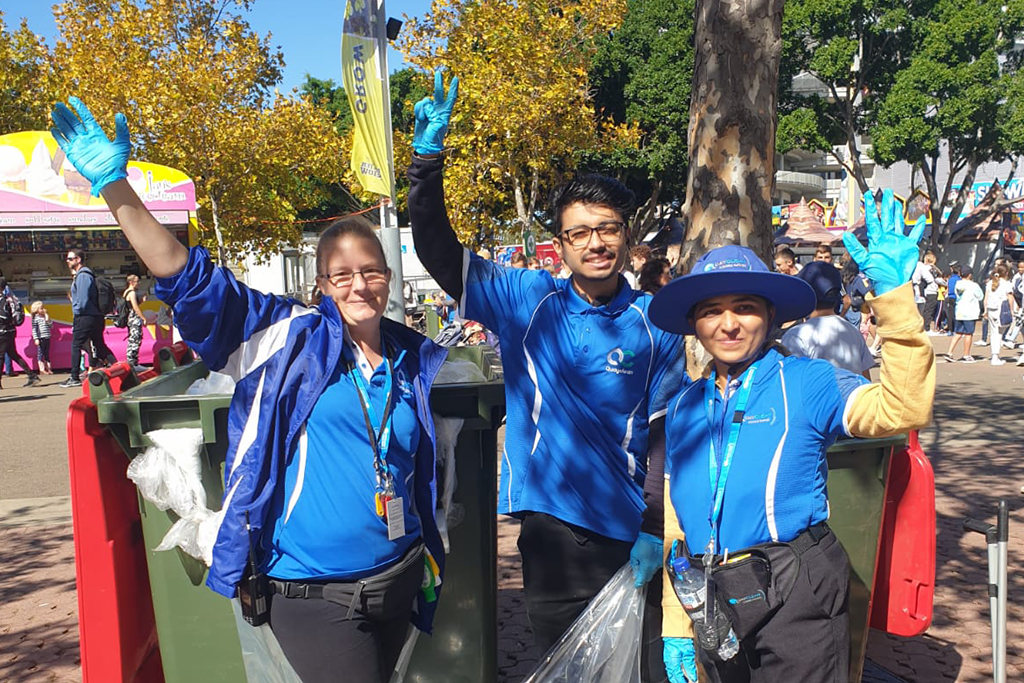 Quayclean Australia Chief Executive, Mark Piwkowski, has paid tribute to his team after their herculean effort in cleaning venues and keeping up to 1.5 million patrons COVID safe over the Easter holiday period in Sydney and Canberra.

Quayclean was responsible for cleaning, waste management, hygiene, disinfection, and decontamination services at the recently completed Sydney Royal Easter Show, the Golden Slipper Race Day at Rosehill Gardens, Days One and Two of The Championships at Randwick Racecourse, NRL and AFL games at the Sydney Cricket Ground, NRL games at Brookvale Oval and Jubilee Stadium, and the NRL and Super Rugby weekend double header at Canberra Stadium.

“This was a mammoth 24 hours around the clock effort by all staff and the outstanding results and accolades we have received from our customers has been fantastic,” said Piwkowski.

“In 2018, Quayclean was responsible for cleaning and presentation services for 12 separate competition venues over a 12-day period for the Gold Coast Commonwealth Games. The work we have successfully completed over this Easter holiday period was the Commonwealth Games revisited.

“This work was completed at a time where we were mobilising new teams to work at two new schools, Oakhill College and Northern Beaches Christian School.

“It was simply a phenomenal effort and again demonstrated the pride our staff have in their hard work,” added Piwkowski.

“The review of our first Sydney Royal Easter Show will receive many accolades and acknowledgements, but the highest recognition goes to Datt Patel and the support, guidance, and experience of General Manager, Tom Mills,” said Piwkowski.

“The organisers have already acknowledged that the Show has never been as clean. This was awesome feedback for the dedication shown by all members of the team,” said Mr Piwkowski.

Piwkowski is now focusing on next year’s Royal Easter Show.

“There will be a lot of learnings for next year’s Show but the commitment and dedication of so many to give up Easter with their families and deliver an outstanding result for the Sydney Royal Easter Show is a testimony to their dedication,” he said.

“And I, together with the senior leadership team, don’t take that for granted,” he added.